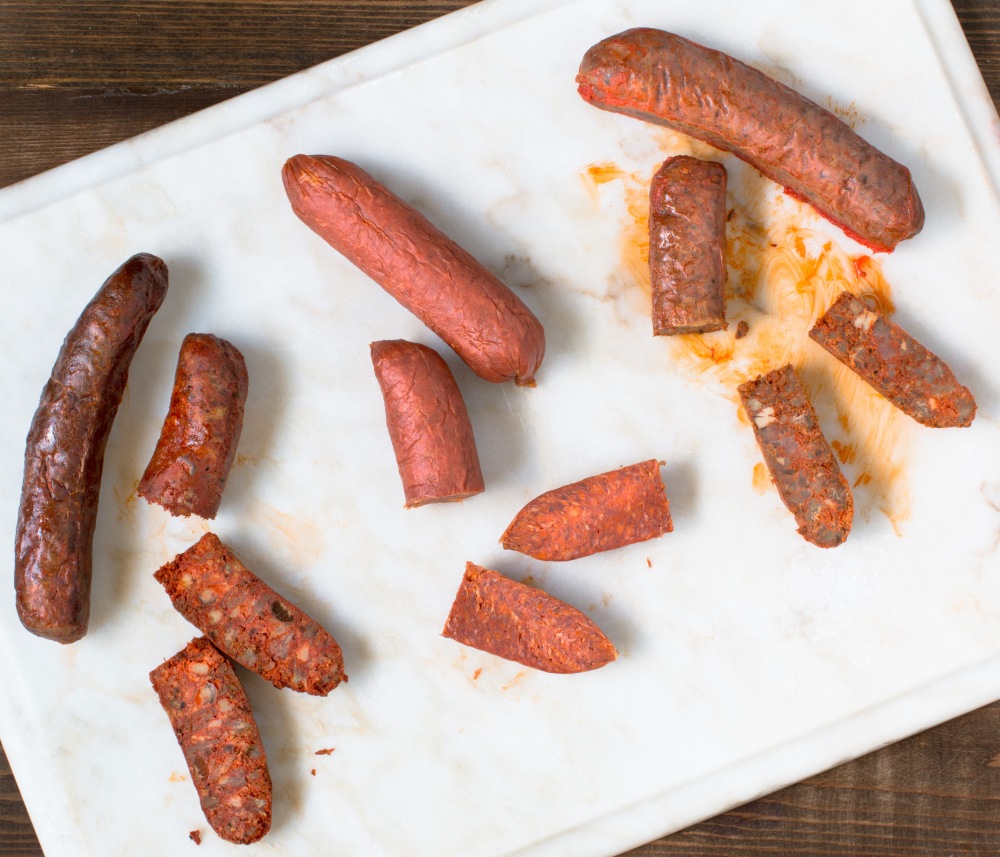 My next three posts will feature these three types of Spanish chorizo.  The one on the far left is a beef only version produced by Cacciatore Brothers, an Italian market, and deli in Tampa, Florida.  The far right is also from them but is a beef and pork version.  The one in the center is the very dense Marca el Rey chorizo, made here in the U.S. and popular in the Philippines, Guam and some parts of the U.S.  These chorizo sausages are made in the Chorizo de Bilbao style with paprika, garlic, cumin, pepper, sugar, and oregano.  Authentic Chorizo de Bilbao is made with only pork, however.  Bilbao is a city in the Basque region of Spain.

Each one’s cooking characteristic is the main factor in my choice of dish they will be used in.