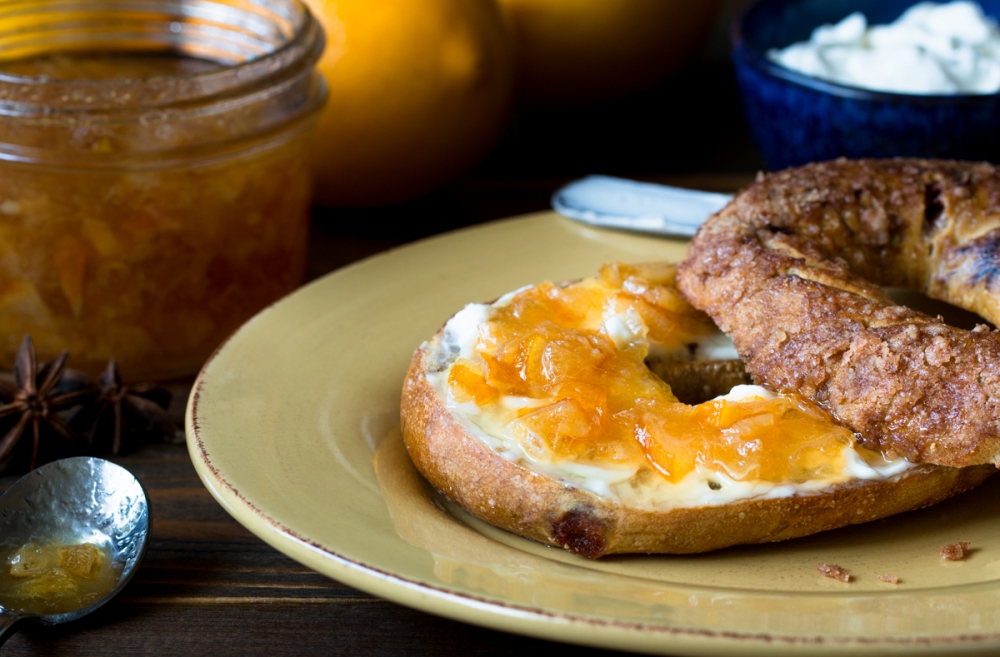 I was introduced to Meyer lemons while in culinary school and have become a HUGE fan ever since even to the point of planting a tree in my mother’s backyard and several in my own.

Meyer lemons are believed to be a cross between a Mandarin or common orange and a true lemon, and originated in China and brought to the U.S. by Frank Nicholas Meyer of the U.S. Dept of Agriculture back in the early 1900’s.  The fruit is more round than a lemon, has a warmer orange tint to its bright yellow skin, which is much thinner than a standard lemon.  The juice is less tart and sweeter than a lemon as well, but not to the point where it could be eaten like an orange.

My favorite ways to prepare Meyer lemons are preserved (in salt and juice), limoncello, and marmalade.  I also candy the peel after the limoncello process is completed.

When it comes to the marmalades my favorite varieties to make are with star anise, rosemary, and green tea. 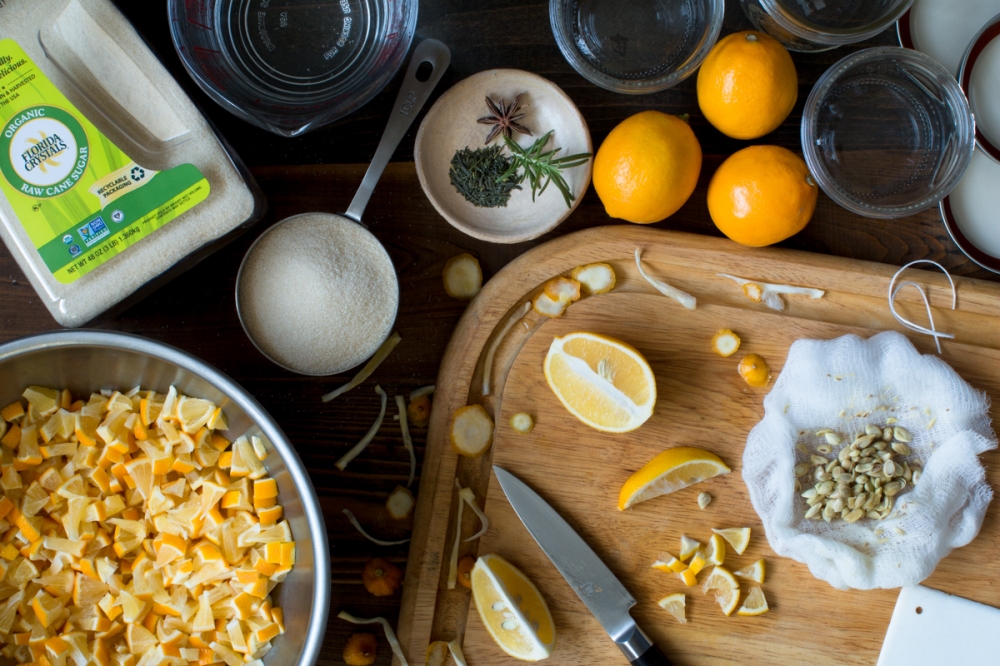 Sterilize the jars and lids: