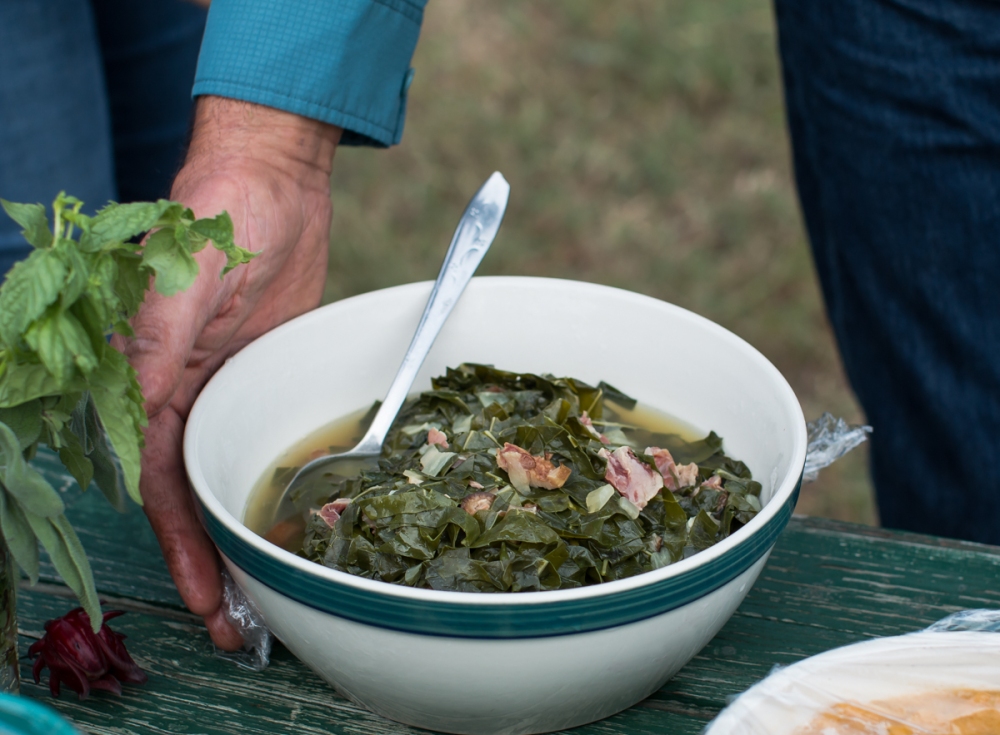 A member of the cabbage family, collard greens are a staple on many tables in the southeastern part of the U.S. They were thought to have been brought over from Africa but they were here long before and cooked by the native Americans.  Long considered humble fare they are now getting the attention they’re due as they are very nutritious and high in iron, Vitamins A, C, and other nutrients.

In this recipe, we use smoked ham hocks instead of the more traditional fatback to flavor the greens.  Oh!, and when you’re done DO NOT throw out the liquid in the pot.  It’s called “pot liquor” and can be used as the cooking liquid for other veggies like beans or greens.

This is another in a series of posts titled “A Florida Family Farm Thanksgiving”, a collaboration with Chris and Eva Worden, owners and operators of Worden Farm, an organic family farm in Punta Gorda, Florida, and Tim and Chelsea Clarkson, owners and operators of Grove Ladder Farm, a Sarasota-based farm that specializes in pasture-raised, hormone and antibiotic free poultry and eggs.

The series includes recipes and photos of the food and beverage that the two families shared at their early Thanksgiving dinner at Worden Farm in Punta Gorda, Florida.