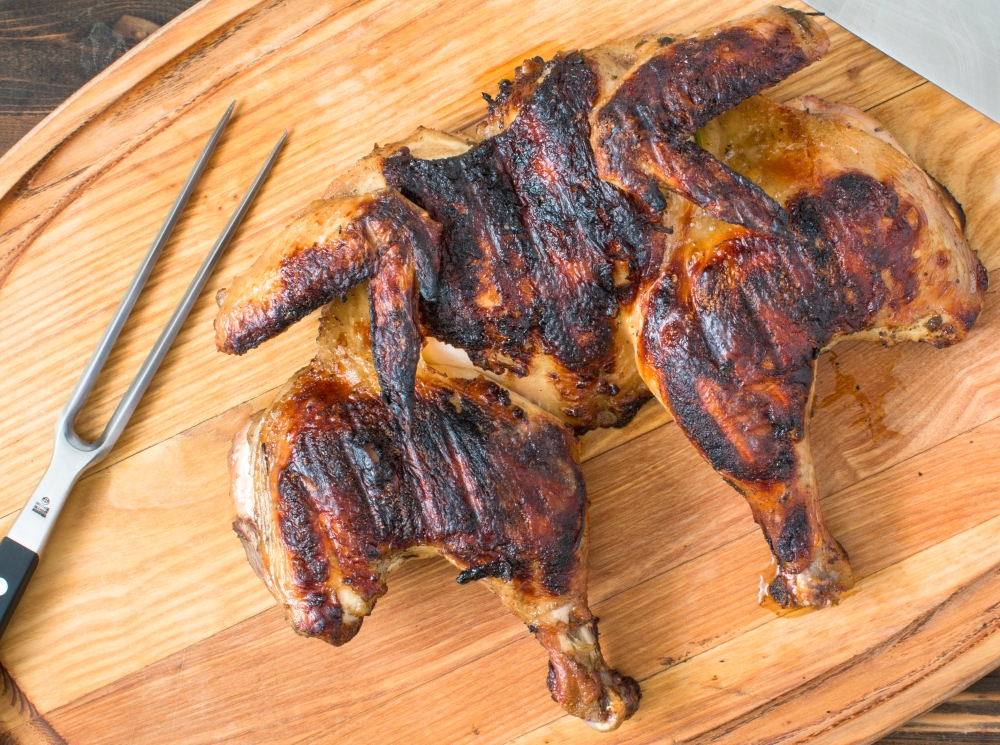 Summer is finally here and it’s time to dust off the grill or break in that new one with this grilled Central Amerian-inspired tequila lime butterflied chicken with cilantro, epazote, and pitiona.  Butterflying the chicken will allow for faster, more even cooking.

In my opinion, pasture-raised chickens have much more flavor than commercial chickens so when I do cook them it is usually using ingredients that will not overpower their flavor.

Tequila lime marinated chickens are not anything new but I have added three herbs that compliment the tequila and lime juice in the marinade but again don’t overpower the overall dish:  fresh cilantro, dried epazote, and dried pitiona.  Epazote is a herb popular in central and southern Mexican, and Guatemalan cuisines.  It has the flavor of petroleum and mint; sounds unusual but is perfectly paired with the tequila,    Pitiona, a leafy shrub, has an oregano-like flavor and is used in Oaxacan moles and stews.  If you don’t have either and don’t have a Latin or Mexican grocery close to you use dried mint and dried oregano instead but only half the quantities listed below.

Some may say that this looks more like a “spatchcocked” chicken and not a “butterflied” one but there is a big difference.  Spatchcocked chickens have the backbone, breastbone and the leg bones removed so what you have is essentially a “flattened” chicken.  Butterflied whole chickens, on the other hand, simply have the backbone split and the carcass flattened out; no bones removed.  My method is a mix of the two; I use kitchen shears and a stiff poultry knife to remove the backbone and breastbone, but I do leave the leg quarters intact.  Butterflying the chicken will allow for faster, more even cooking.  (I save the bones, place them in a freezer-safe plastic bag and once I have accumulated 1 1/2 to 2 pounds I take them out to make chicken stock.) 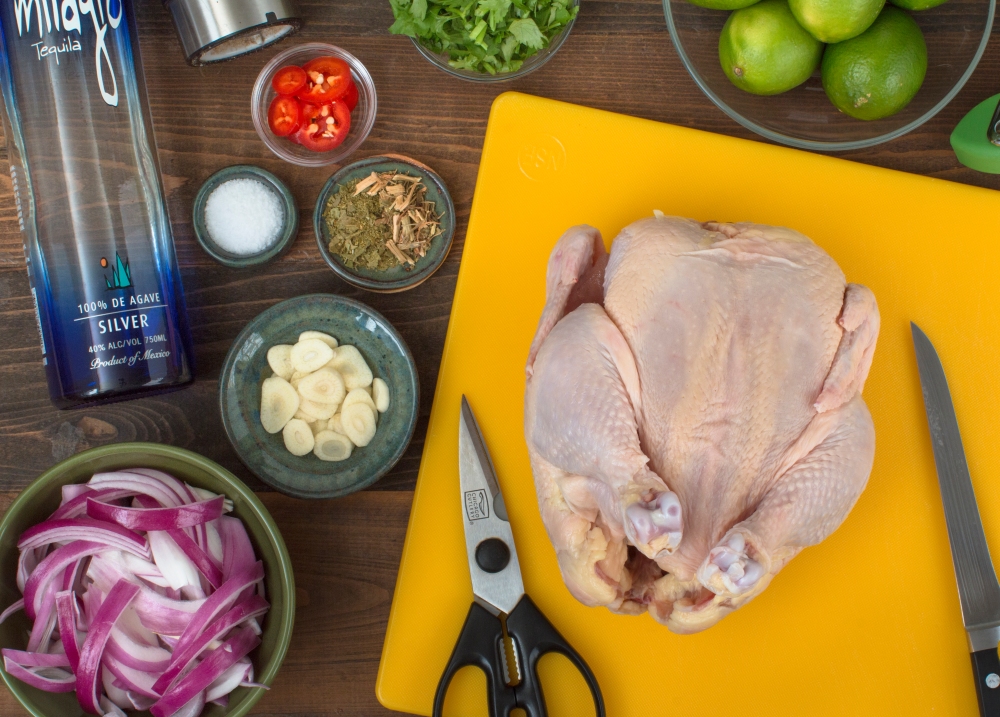 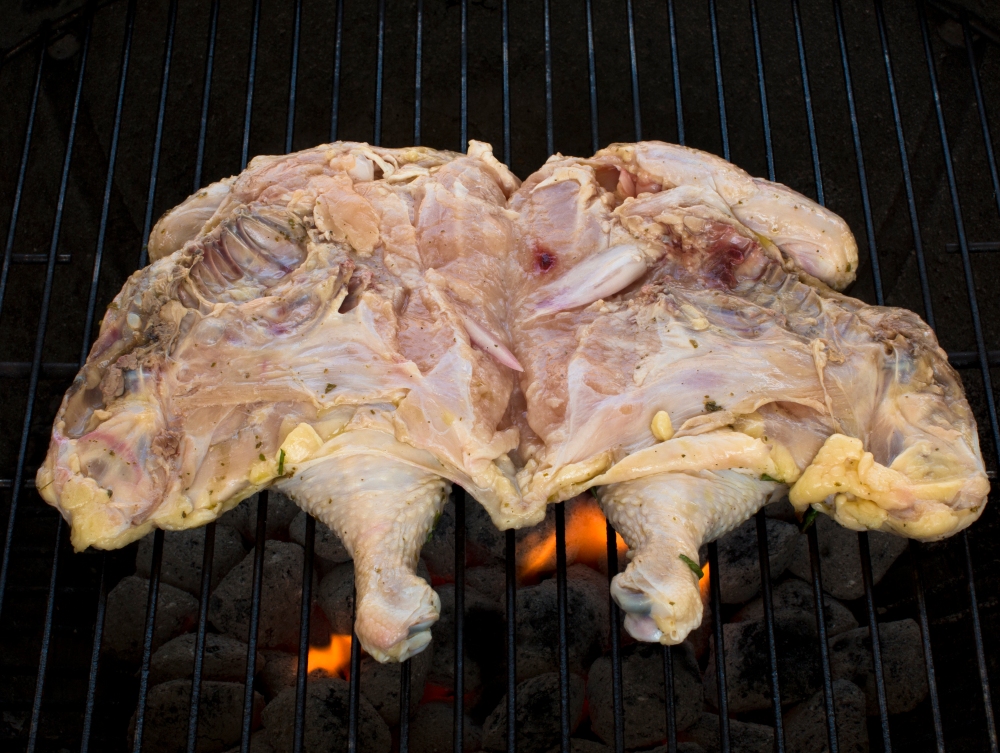 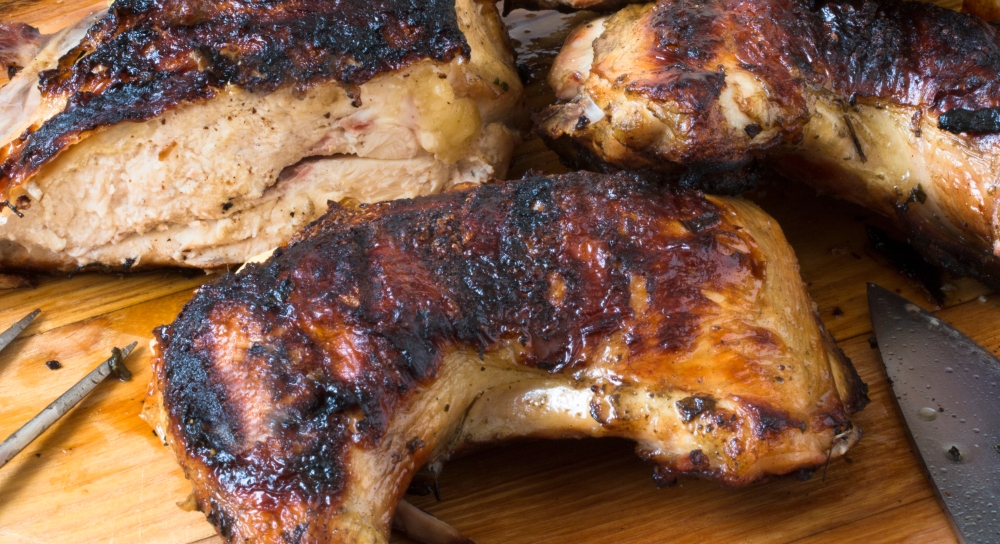