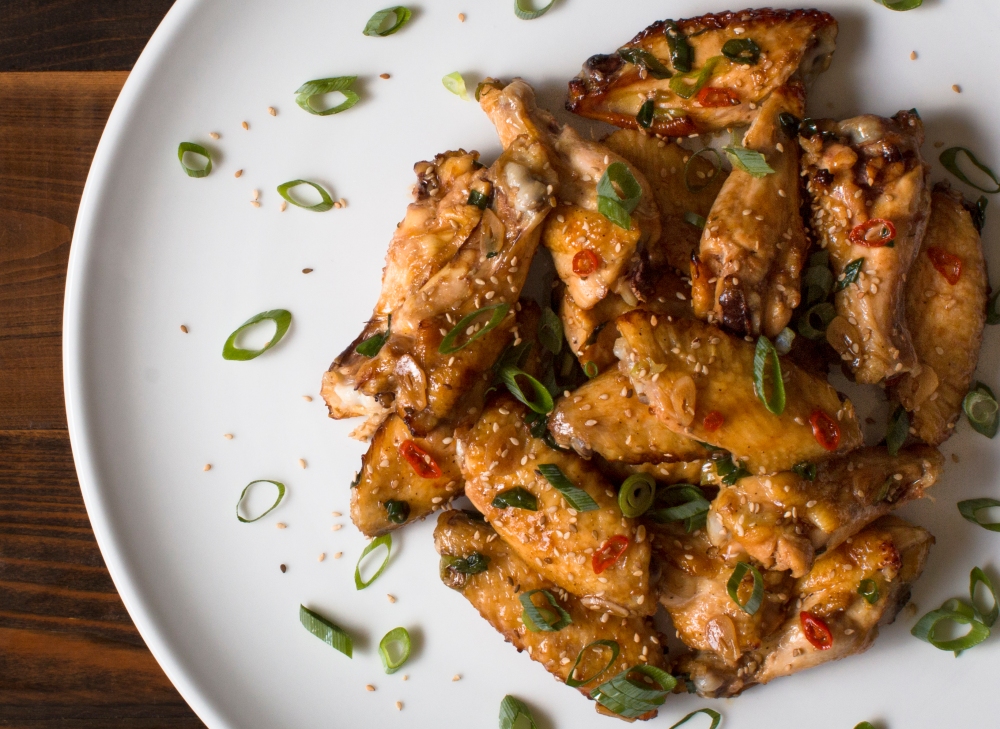 Chicken wings are the second most popular part of the chicken in the U.S., but on one particular weekend between mid-January to early February it’s king.  (Any guesses which weekend?)

It wasn’t always like this, at least not until the mid-60’s when “buffalo wings” were invented; deep-fried, doused with a spicy, vinegary sauce and usually served with blue cheese, celery or carrot sticks.  What’s not to like!?!

Well, for one thing, chicken wings contain the most fat of any part of a chicken, so deep-frying them is kind of doubling-down on fat intake.  After marinating them in a soy and honey mixture I roast mine in the oven on a grate over a baking tray (see next two photos below) to render off some of the fat in the wing; about 30% less. (source: National Chicken Council, “The Nutrition Value of Chicken.”) 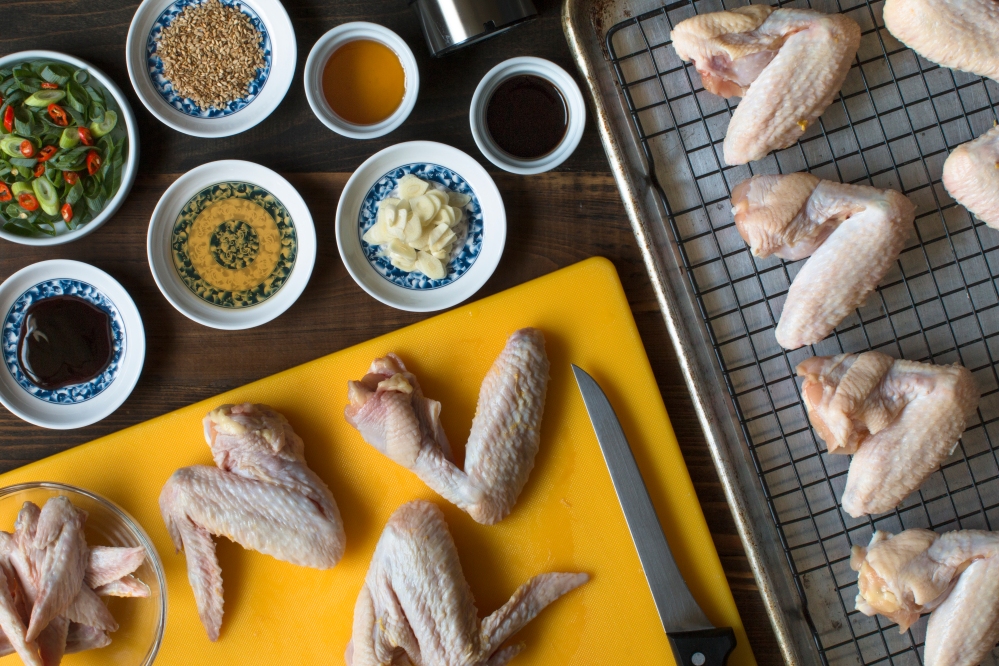