I’m originally from the Pacific island of Guam, a U.S. territory.  It is part of the Marianas Island chain which sits just above the equator about two-thirds of the way between Hawaii and the Philippines.  Our cuisine is a mix of indigenous, regional and historical influences.  We are a relatively short flight away from South Korea, Japan, China, the Philippines, Indonesia, Thailand, etc..  The Marianas Islands’ first inhabitants are known as Chamorros.  The islands were independent until “discovered” and colonized by the Spanish then won by the U.S. in the Spanish-American war.

Of all the dishes beloved by Chamorros there is one that is one of my personal favorites; chicken kelaguen (photo below).  Basically, it is roast chicken that has been diced then mixed with freshly grated coconut, fresh lemon juice, sliced scallions, chilis and seasoned with salt and pepper.  It’s absolutely delicious but not a dish I would associate with fine dining.

I’ve always wanted to transform this dish into something that would be more refined. I had always considered using chicken in a more refined version but nothing ever clucked, I mean clicked (sorry I couldn’t resist).  However, when I was presented with the opportunity to work with Grove Ladder Farm in Sarasota, Florida, and their amazing poultry, I knew that the duck breast from their American Pekin duck was the right ingredient, I had the right technique in mind, and it was finally the right time.

Having said all of that this was still an experiment of sorts, but a very successful one if I do say so myself.  My apologies for the self-congratulatory remark but some of my experiments never make it to the plate; that cycle goes something like this…taste, groan, trash.  Fortunately, this was not to be the fate of this dish.

Duck breasts are usually pan-seared, perhaps finished in the oven, sliced and served, medium-rare to rare I might add.  I knew that I wanted to serve the duck breasts at their best so medium-rare it was but I didn’t like the picture in my mind of diced medium-rare duck breast, with its light red juices mixed in with the pearl white flakes of freshly grated coconut; it would be a bloody mess if you don’t mind my saying.

After considering several other ideas, including confit in coconut oil, I settled on marinating the duck breasts in coconut milk seasoned with kosher salt and black pepper overnight, pan-searing and basting them on the stovetop until they were at the right temp, slicing them as usually done and dressing them with a simple sauce of lemon juice, scallions, chilis, kosher salt, and black pepper.  It’s a keeper of an experiment and on the first try! 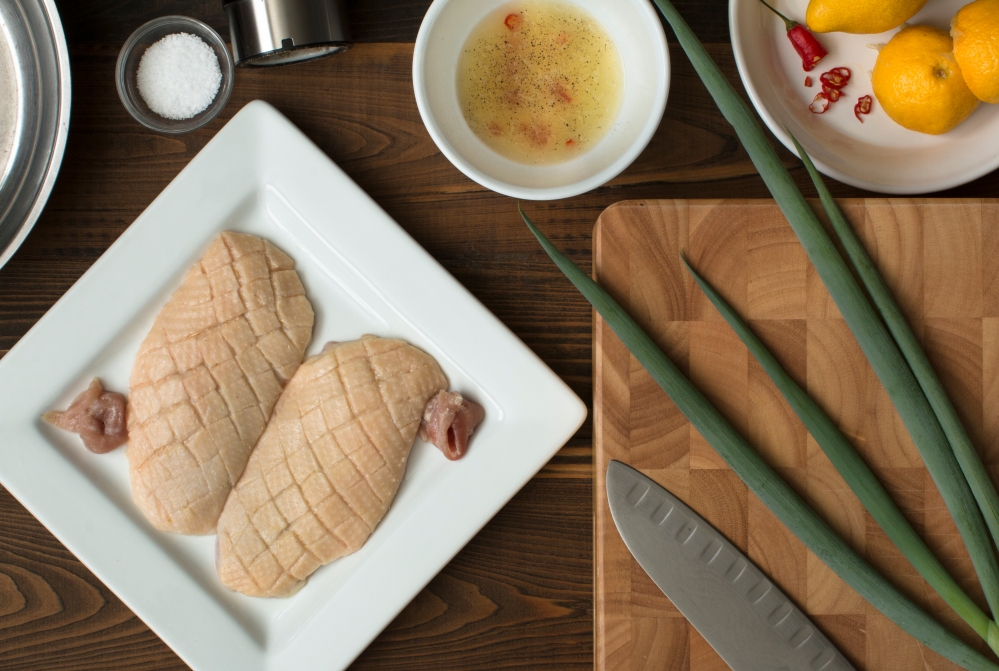 In the photos below I’ve added freshly grated coconut lightly dressed with lemon juice, fresh chilis, scallions, salt, and black pepper to bring the dish full circle and closer to its inspiration.

Breaking Down a Whole Duck 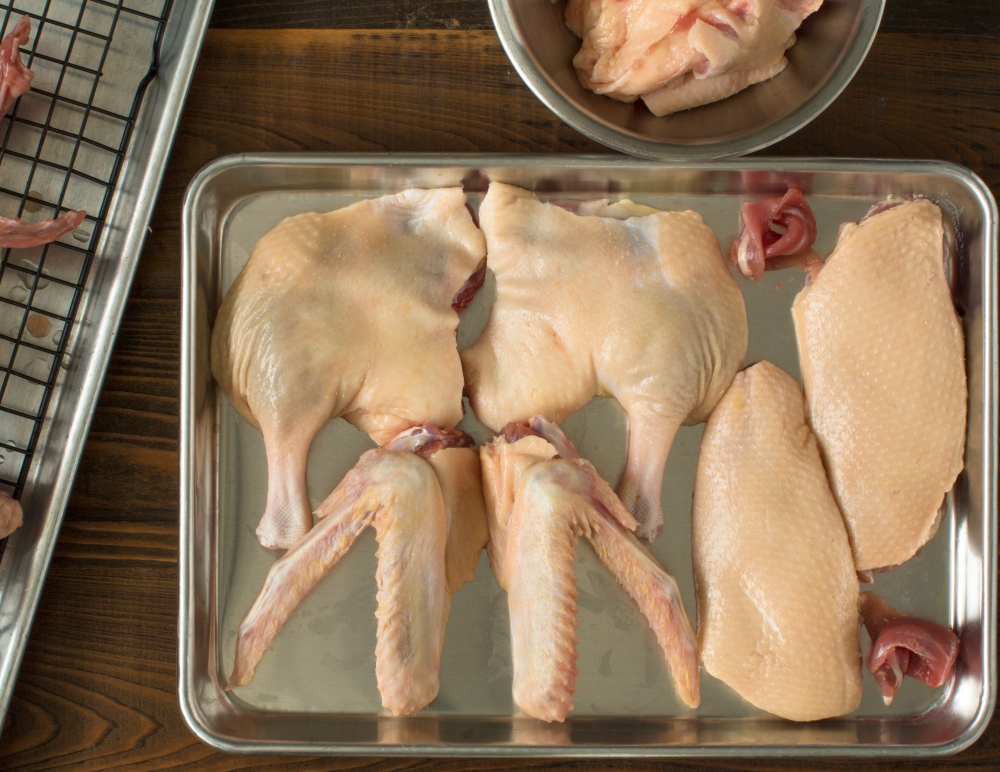